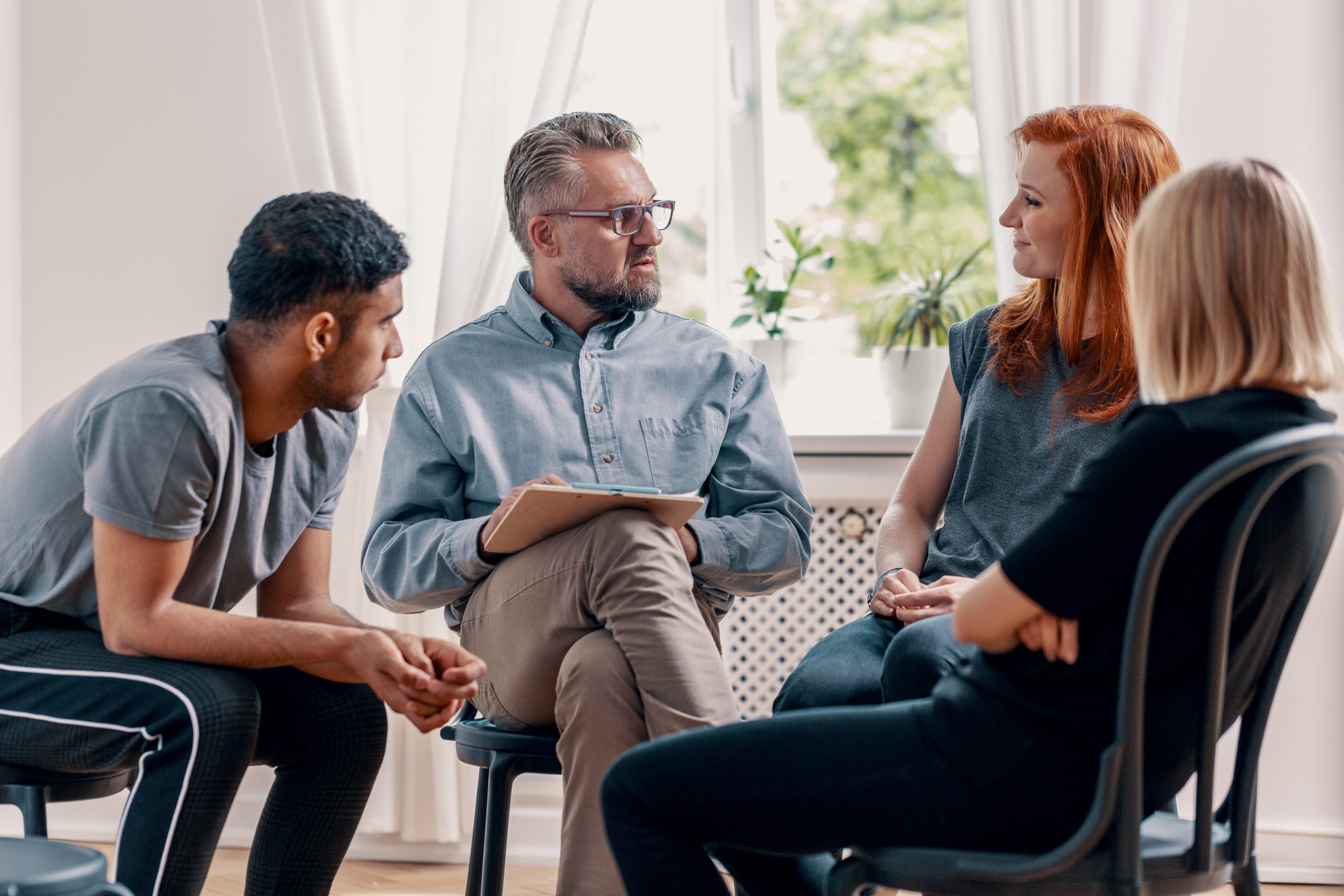 Truth About The Social Contract

One of the fundamental philosophical theories is the theory of social contract. It is a socio-philosophical theory explaining the origin of civil society, the state, and law as a result of an agreement between people. People have come to the need for such an agreement when they have realized the impossibility of ensuring their natural rights and security outside the state. Ideas about the contractual relations underlying the coexistence began to appear in the views of the ancient peoples of India, China, Japan, and Greece. These ideas are not applicable to most of the historical cases of the formation of the state, although they apply to the development of new constitutions (like the one that was adopted in the United States in 1787), which were approved thanks to this theory, at least in part. The theory of social contract is not so much explanatory or sociological, as it plays the historical role of ethical or logical basis, which serves as a moral evaluation and redrawing of existing constitutions or justifying a revolution. So, it is possible to assume that this concept has significantly contributed to the development of a democratic tradition.

The essence of the Theory of Social Contract

Some ideas about the contractual origin of power arose in antiquity. For example, they were present in early Buddhism and took place in the philosophy of Epicurus and Titus Lucretius Carus. However, the main period of the development of the social contract theory lies between the publications of Leviathan by Hobbes and The Metaphysics of Morals by Kant. The supporters of this theory were Grotius, Spinoza, Locke, and Rousseau. The main provisions of the theory of social contract are the following key points (Bertram):

1) Each person is born free and is one’s own master, and no one can subjugate him/her without his/her consent. Rousseau emphasized that a person is not obliged to those whom he/she promised nothing;

2) The basis of the laws can only be contracts and agreements. In contrast to natural law, Rousseau put forward the idea of political law based on contracts;

3) The basis of any legal power among people can only be contracts: legal authority arises from the voluntary agreement of free and virtuous people. Moreover, the divine origin of power is rejected;

4) The conclusion of a social contract leads to the formation of an association of equal and free individuals, that is, the freedom and equality of the parties to the contract ensure the unification of people into an inseparable whole (collective personality), whose interests cannot contradict the interests of private individuals;

5) Under the terms of the social contract, sovereignty belongs to the people. At the same time, people’s sovereignty is understood as the common will of the people. It is inalienable and indivisible. Rousseau emphasized that only power can be transferred, but not will;

6) The essence of the social contract theory says that the people transfer power to the state. According to Rousseau, such a social agreement gives the political organism (the state) unlimited power over all its members;

7) In all forms of government, sovereignty and legislative power belong to all the people who are the source of power;

8) Rousseau believed that all rule by law is the Republican rule. That is, he calls the Republic any State governed by law, regardless of the type of government. People’s sovereignty is the fundamental principle of the republican system. Under people’s power, only one form of government is possible, namely the republic, whereas the form of governance organization may be different – monarchy, aristocracy or democracy, depending on the number of people involved in the ruling. Rousseau remarked that even a monarchy becomes a republic in conditions of people’s power;

9) The people have the right to change the form of government, or terminate the social agreement itself and regain their natural freedom again;

Therefore, in this idea, it is possible to see a reflection of a rational-critical attitude towards reality and a desire to create new inspiring ideals. The theory of social contract has become the ideological justification of the legality of such a step and the need to create new political institutions and orders that would correspond to the nature of a person and his/her natural rights.

One of the proofs that support the ideas of the social contract theory is the human desire to ensure security and order. According to the theory, before the emergence of the State, people were in a natural state that different authors understood differently (unlimited personal freedom, the war of all against all, the general prosperity – the golden age, and so on). Most concepts contain the idea of natural law. It implies that each person has inalienable, natural rights derived from God or Nature, and these rights are immoral in essence (Lessnoff 35). However, in the process of human development, the rights of some people come into conflict with the rights of others, which violates the order and causes violence. In order to ensure a normal life, people conclude an agreement on the creation of a State among themselves, thereby voluntarily transferring to it a part of their rights. This agreement means a transition from the natural state of society, in which people were a part of nature and manifested their natural passions, egoism, and cruelty openly, to a civilized way, that is, to a state-organized existence. The transition to civilized existence expresses the human desire to establish order and justice while providing political and legal guarantees of the natural equality of individuals (Lessnoff 36).

Another argument supporting the concept of a social agreement is the presence of ideas of the theory of social contract in the constitutions of some Western countries, in particular, the United States. For example, the United States Declaration of Independence of 1776 says the following: “We hold these truths to be self-evident, that all men are created equal, that they are endowed by their Creator with certain unalienable Rights, that among these are Life, Liberty and the pursuit of Happiness. — That to secure these rights, Governments are instituted among Men, deriving their just powers from the consent of the governed…” (“The Declaration Of Independence”). In this regard, the State based on the ideas proposed in theory indeed becomes strong and independent and promotes the principles of democracy and equality. In turn, this fact proves the realism of perhaps not the whole theory of the social contract, but a greater number of its key points, as well as its moral position.

The third proof of the existence of social contracts is the teaching of Thomas Hobbes. According to Hobbes, the strongest motive that encourages people to conclude a social contract for the creation of a State is the fear of aggression on the part of others and concern for their lives, freedom, and property (Duncan). The philosopher built his teaching on the study of the nature and passions of humans. Hobbes’ opinion of these passions and nature is extremely pessimistic: people are committed to rivalry (the desire for profit), distrust (desire for security), and love of fame (ambition). These passions make people enemies of each other. For this reason, in the natural state, that is, when there is no power holding them in fear, they are in a state of war of all against all (Duncan).

John Locke has also made a sufficient amount of arguments regarding the existence of social contracts Zuckert 73-85). He criticizes the thesis, popular among thinkers, that all people are not free from birth, and offers his own theory of social contract instead. Locke believes that freedom in society lies in the fact that people are not subject to any legislative power except that established by consent in the State, are not subordinate to anyone’s will, and are not limited by any laws except for those which this established legislature sets in accordance with the trust placed in it (Zuckert 75). His arguments also find their proof in the historical facts of life in developed countries.

The Influence of the Theory of Social Contract

Despite the fact that no social contract has ever been literally concluded in reality, it is possible to confirm that these ideas have largely contributed to the development of a democratic tradition in theory and practice. In particular, the social contract theory has influenced the formation of the statehood of the United States of America. It is also possible to confirm that the social contract is a version of the logical theory, according to which the formation of ethical norms of statehood as a whole can take place.

In this regard, it is possible to call this theory a concept that explains morality as a factor in the development of a state. That is, a person is aware of one’s own and others’ needs, refuses one’s natural rights, overcomes egoism in oneself, and goes to the alienation of the individuality in favor of the community thanks to the realization and acceptance of the ideals of the highest good.

How are Psychology and Medicine Interlinked?